The purpose of Asian American Suicide Prevention Initiative (AASPI) is to reduce suicide in Asian American communities in Illinois by education, training, advocacy, and research initiatives.

A Family Suicide Risk in US Asians?

For many Asian Americans, the family is a pivotal force. It may provide their main source of strength and support, but when things go wrong, it may also be their greatest torment.

Psychologists at the University of California, Davis, say that conflict within the family appears to affect Asian Americans more adversely than other negative factors, such as depression or poverty — to the point of increasing their risk of suicide. The new findings are based on a preliminary analysis of data collected from in-person interviews with more than 2,000 Asian Americans, aged 18 or older, as part of the federally funded 2003 National Latino and Asian American Study. The author of the new paper, whose data were presented Aug. 17 at the American Psychological Association meeting in Boston, seeks to highlight how profound the impact of the family may be for many Asian Americans — something that many mental-health professionals may not fully appreciate when dealing with an ethnic minority that is often reluctant to seek counseling.

"Because of the great emphasis on harmony and family integration in many Asian cultures, family conflict is an important factor to consider when studying suicidal behaviors among Asian Americans," says Sue. His analysis finds that 2.7% of the Asian Americans interviewed reported having attempted suicide at some point during their lives; the figure falls in line with the lifetime prevalence of suicide attempts in the general population: estimated to be anywhere from 1% to 4.6%. Overall, suicide accounts for less than 1% of deaths yearly in the U.S. — there were about 11 suicides per 100,000 people in 2005, according to the Centers for Disease Control and Prevention — and the suicide success rate among Asian Americans (as well as Latinos and African Americans) is actually slightly lower than that of white Americans.

The point is not that Asian Americans attempt suicide any more or less often than other ethnic groups. Rather, Sue's findings suggest there may be an important difference in the risk factors that lead to their attempts. By mining the data with his lead investigator Janice Cheng, a U.C. Davis psychology graduate student, Sue found that family conflict was a significant predictor of suicidal thoughts and suicide attempts among Asian Americans, independent of depression, low income or gender. The risk of suicide among Asian Americans with family problems was triple the risk of other Asian Americans, even factoring for depression.

Previous studies have shown, however, that certain sub-groups of the Asian American community have higher rates of suicide compared with the nation as a whole — in particular, older Chinese women and Asian American students. In the former case, the trigger may be the disruption of the family. "We can only speculate that it may be that a lot of these women are dedicated to family and they live long lives," says Sue. But, eventually, the children leave the house and "without that kind of extended family, [older women] may be more likely to commit suicide," Sue says.

Among students, meanwhile, the problem may have to do with family expectations. "Although we don't have good statistics [yet], we believe that many Asian American students are prone to feeling depressed over a lack of achievement," Sue says. Getting Bs instead of As on a report card may not seem like a great sin to most students, Sue says. But in a culture and family structure where sacrifice by an older generation for the advancement — and education — of its children is a deep-seated tenet, feelings of shame for "failing" can become unbearable, Sue says, noting that this pattern is most evident in families with immigrant parents and among foreign students sent to study at U.S. universities by their families.

Though so many Asian cultures hold family relationships in high regard, those problems that originate within the family can be the most difficult to solve, Sue says. Unable to turn to their families for help and reluctant to seek mental health care, troubled people often attempt to work problems out on their own, adding pressure to an already strained situation filled with feelings of shame or guilt. "Our study suggests that we need to more precisely determine the kinds of family conflicts that are associated with suicide risk among Asian Americans, and find means of preventing these family problems," Sue says.
--------------------------------------------------------------------

The above story appeared on the Time.com website. Click the post title to see original.
Posted by Asian American Suicide Prevention Initiative at 3:03 PM No comments:

Hi all,
My name I Edmond Yomtoob and I am the Illinois Chapter President of the American Foundation for Suicide Prevention. We are hosting a webinar on GLBTQ youth and suicide prevention featuring Brian Mustanski at The University of Illinois at Chicago. It will be Thursday, 09/04/08 7:30-8:45 pm Central time. All you have to do is sign up, sit in front of your computer and learn. Registration is free. Just e-mail us at Illinois@AFSP.org

Students are welcome. Unfortunately, we can not offer CEU's

Because it is on the web, anyone around the world can join us. So send it to anyone who you think may be interested wherever they may be.

Help me make this a huge success. Thanks.

The Asian American Suicide Prevention Initiative (AASPI) invites you to share your ideas, opinions, and knowledge about what needs to be done to PREVENT suicide in Asian Americans in a focus group discussion with other mental health providers.

What: A research study of Asian American Mental Health Providers perceptions and opinions on suicide prevention. The study is supported by a pilot grant from the Illinois Department of Health and Human Services.

(Select one of the above groups to participate in)

For further information please contact Aruna Jha, Ph.D. at arunajha@uic.edu, or Joanna Su at joannasu@mac.com (773-307-7008). Thanks!
Posted by Asian American Suicide Prevention Initiative at 8:09 AM No comments: 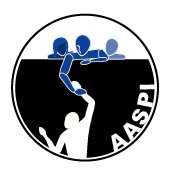